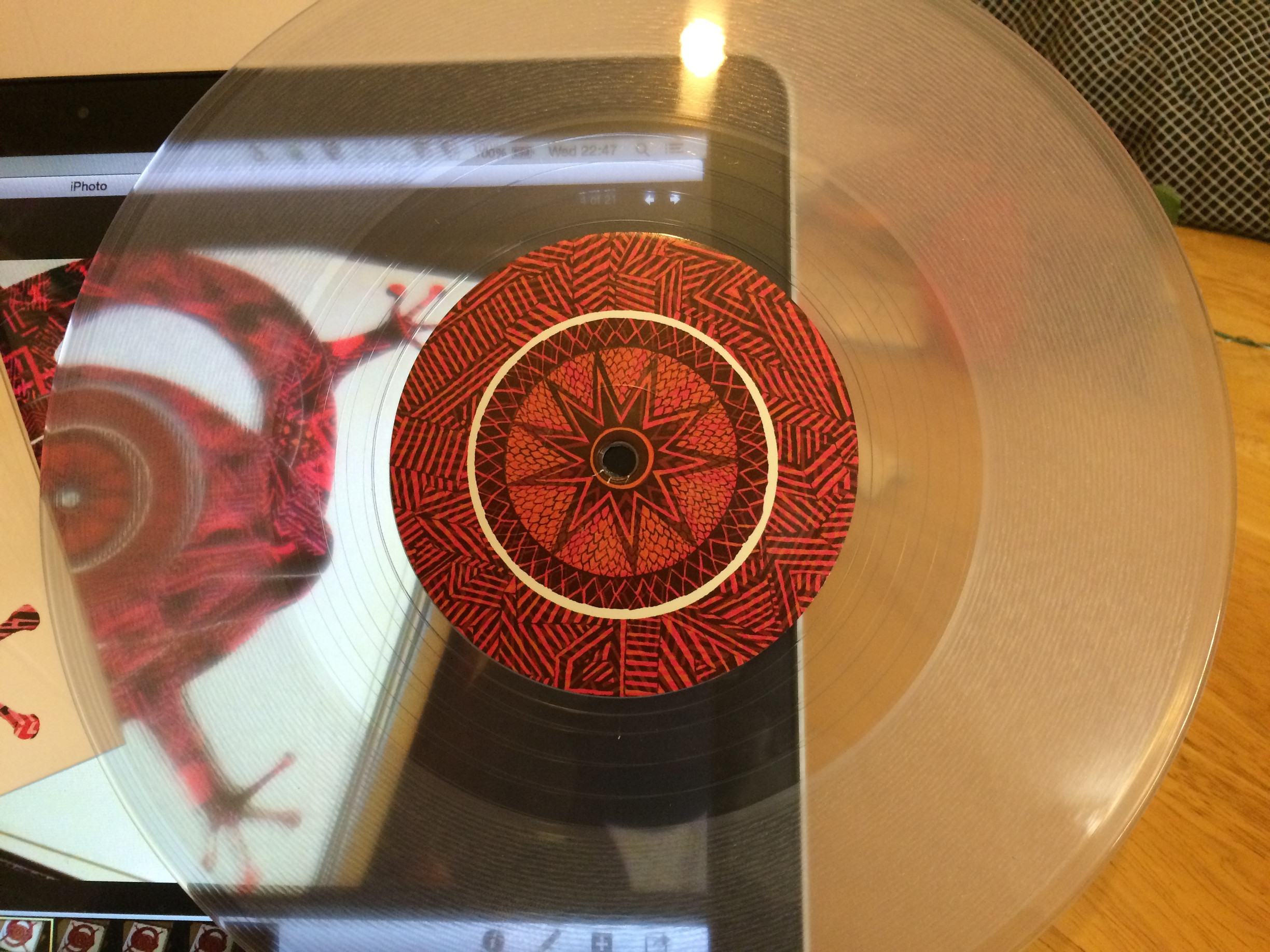 Pink Lizard Music is one year old! To celebrate our birthday, we actually have a brag we can do.

Our first ever vinyl release is going to be part of Record Store Day 2015.

It’s a huge surprise for us.  We expected to be selling them direct on this website and maybe a couple of London stores.

Our distributor says participating in Record Store Day will massively boost the number of shops and people that buy the vinyl – which is great, as we want to get it to as many ears as we can.

Even through my repeatedly-punched, not-rose-tinted-at-all spectacles I can see that this is a vindication of the time and money we’ve spent on getting the details right.

We haven’t released anything this year as a label – but at last we have our first firm release date for 2015.

We’ll add more shortly, with 3 EPs, a single and an album all possible.  I also really want to do a label compilation, but only if it’s all killer no filler.

While we didn’t release new music ourselves in the first year, signing Riz Maslen, Otti Albietz and The Fatty Acids to publishing deals has meant we’ve added a bumper 6 hours of tunes to our ‘Music of the Lizard’ Spotify playlist.

Even so, this is still only a quarter of what I have on my ‘Final Masters’ playlist – which I listen to constantly.

Going out to Los Angeles in June has given us fledgling connections to the TV and film industry there and we’ve got tracks onto the radar of a couple of shows on HBO and CBS.  Really Slow Motion now represents Otti’s beautiful album Bubbytone II for US trailers, The Sync Dept looks out for us in the MidWest US, and – since yesterday – PlutonicGroupSyncs now has full access to our catalogue.

Moving the collaborative angle one step further, we pooled contacts and music catalogues with some other small UK companies to form BritSync, which already opened up new opportunities for their artists as well as ours.

And shaking hands with Musiqware and Prime Direct as our distribution partners means we can now get music into the right stores, not just online but worldwide.  Germany & Japan, we hope to see Pink Lizard vinyl in your stores in April!

On the radar for 2015, of course there’s the vinyl you can see above – Pablo‘s ‘Feels Like,’ already supported by Gilles Peterson.

We have a special UK version of ‘Worst Part’ by The Fatty Acids, a full release for Michelle Bee‘s ‘Room In A Box’, and after twelve years in the making, my first EP.

There are more soundtracks ready to go by A. K. Benedict and Tris Taylor – Oliver Crowther is currently painting the cover for ‘Sleeping Lions’ which will come out on PLM Soundtracks.

Neotropic‘s classic White Rabbits will be one of the first releases on a new reissues label, Rouge Reptile, and we have more Hoxton-based record launch parties planned, with some amazing guests.

Next weekend, we start shooting for the project #AIEEE feature documentary again.

So to everyone that’s added some Pink Lizard music to their playlists, bought something from our store (or anyone else’s store) or come to a party, THANK YOU.  Everything helps.

And to everyone who’s entrusted their amazing works of art to us: THANK YOU.

To everyone who’s given us the benefit of their design, mixing, mastering, management, PR, radio, export or any other experience: THANK YOU.

Salute to all makers and supporters of new original music.  We’re stronger together.  Let’s see how much further we can all get in another year’s time.