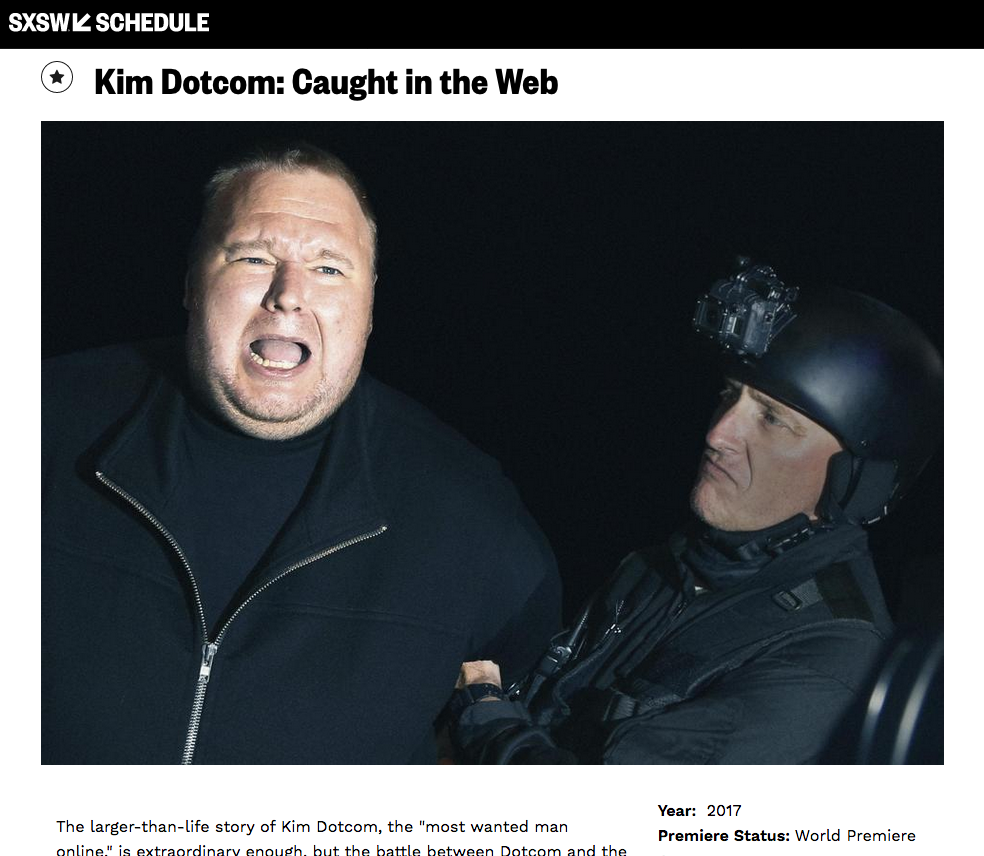 Earlier this year Caught In The Web, Annie Goldson‘s feature documentary on Kim Dotcom, had its world premiere at SXSW. Green Nuns Of The Revolution track ‘Cor!’, co-written by Matt Coldrick and part-published by Pink Lizard Music, is licensed for a key scene.

This week, the film was released to download services and as of right now, Kim Dotcom: Caught In The Web is sitting at #1 on iTunes NZ’s Documentaries chart and #6 here in the UK.